You may be familiar with some of the oral histories of the clans of Bethlehem. DNA testing can be useful in confirming or discounting some of these stories.   Recently, I came into contact with a Dabdoub DNA match at 23andme.  He is the third male DNA match with this last name that falls into our DNA relatives list.  The Dabdoub family history is a fascinating read and it begins with the founding of the Tarajmeh clan: (information taken from dabdoub.ps).


It seems that in the fifteenth century AD, two Italian brothers from the region of Monteforte in , and while on pilgrimage to , decided to reside in the then-small town.  Their aim was to learn the Arabic language and work as translators to the Italian pilgrims (possibly the only pilgrims to the Holy Land at the time) who used to come and visit the birth and place of crucifixion an burial of Jesus (the Church of nativity in Bethlehem and the Holy Sepulcher in Jerusalem.)
And so the two brothers achieved their purpose and became residents of working as translators as they had once wished.
In the beginning, the Bethlehemites used to address these two foreign strangers (probably because their names were too difficult to pronounce at the time) with their craft or trade, the translators: al tarajmeh.
During their stay in the town, it was inevitable that the two tarajmeh would come in contact with the locals of Bethlehem, and so each one apparently wooed and married a talhamiyeh, from which they must have had some children… and these children must have also been the sons of tarajmeh, hence tarajmeh themselves.
And so the stories goes that these two brothers lived happily (but not ever after) with their wives and children under one same roof in some part of the old town of .
Some years later, the two tarajmeh brothers had a row and decided that they should live separately.  And so they built a second upper floor to the one-floor house they used to reside in.  Each of the brothers then moved into each of the floors having a upper and a lower turjmani.
The children of the two brothers then got married and bore more tarajmehwho bore even more of the same.
For generations, the offspring belonged and had loyalty either to the upper or to the lower family.  With time, the Tarajmeh became obviously split into the upper and the lower hara (neighborhood).  And so, each of these two neighborhoods had their own families.

As I continue to work on the results of my grandparents, great-uncle, and father, it becomes clear that we need more DNA samples of the natives of Beit Sahour, in particular, but Palestinian Christians in general. The only way to confirm our oral histories is by DNA and so far they look accurate!  DNA testing also shows us how families are related to each other without the help of female maiden names.  We can find out who our ancient paternal and maternal ancestors were and where they came from.  It really is a fascinating study about the people of Palestine and their long-standing history in the land.  I just updated the Participate! page which outlines the different tests and explains what we are looking for.  If you have any interest in helping the project, please contact me for more information.
at 2:50 PM No comments:

Email ThisBlogThis!Share to TwitterShare to FacebookShare to Pinterest
Labels: Participate

I took advantage of a recent sale at AncestryDNA to get my father tested.  My expectations were low because this is a US only test and I figured the number of matches he would have there would be very small. I was pleasantly surprised that he received 25 pages of matches (compared to my mother's 203 pages!). His top match is a 3rd cousin from the Rishmawi family in Honduras.  But, I was also impressed with how they calculated the ethnicity results, see below.

Ancestry gives a beautifully illustrated general history of each population.  Here are some highlights:

Here is an example of Chromosome Painting with my Grandmother's DNA using Eurogenes K11 at Gedmatch.  I think it is pretty representative of most Palestinian Christians. You can see the dominant Caucasus color with other ancestry mixed in. 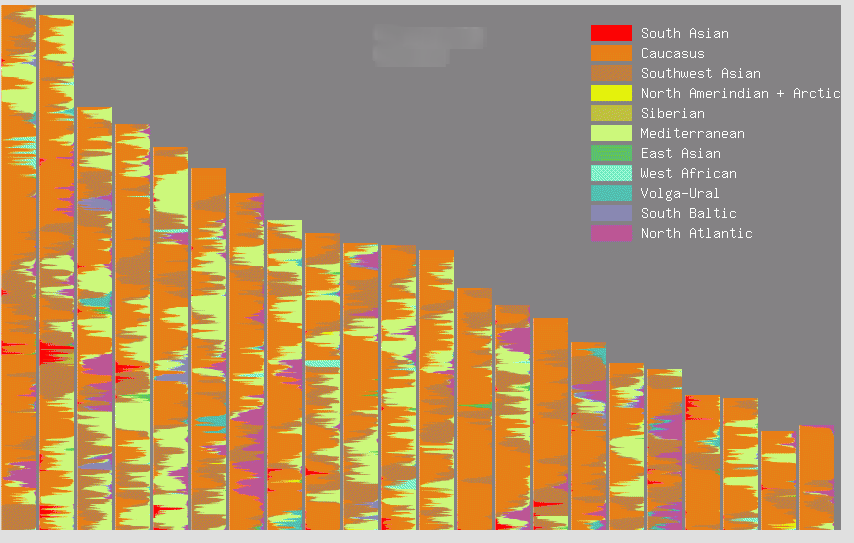 What we know about my father's direct paternal line, Rishmawi, is that they came from a place called Rishmaya in Lebanon.  From oral history, we believe that Musallam Rishmawi came to Beit Sahour, Palestine in the early 1700s and was adopted into the Ishaq family.  We do not really know if they were native to Lebanon or if they were returning to their homeland in Palestine, but I have strong reasons to believe it is the latter (details coming soon on the Y-dna page).  The specific snp results and the corresponding stories below, show us that this Rishmawi line is not of Ghassanid/Yemenite origin, but the large number of Jews & people from the Caucasus point to an ancient Israelite connection.

All of these people share the same YSC234 terminal snp as my father does and therefore share a similar ancestry from very, very long ago!  The stories are fascinating and give us a glimpse of where our direct paternal ancestor came from in ancient times.  Be sure to check out the newly completed Paternal Haplogroups page for more information on this topic.

As I continue to work on the pages, I thought I would share a sample ancestral mix for my grandfather. There are many different calculators that show ancestry composition, none are perfectly accurate, but they give a good overall sense of deep ancestry.  I have found that the ones at Gedmatch pull out more ancient ancestry than 23andme does.  Below are my grandfather's results from Dodecad V3 test and the corresponding oracles which show the closest references populations.  For those unfamiliar - the populations closest to 0 are the closest matches.  Everything listed is somewhat close, but the very top one of each category is the closest. This ancestry mix comes from both sides of his family- maternal & paternal lines. More information about reference populations can be found here. 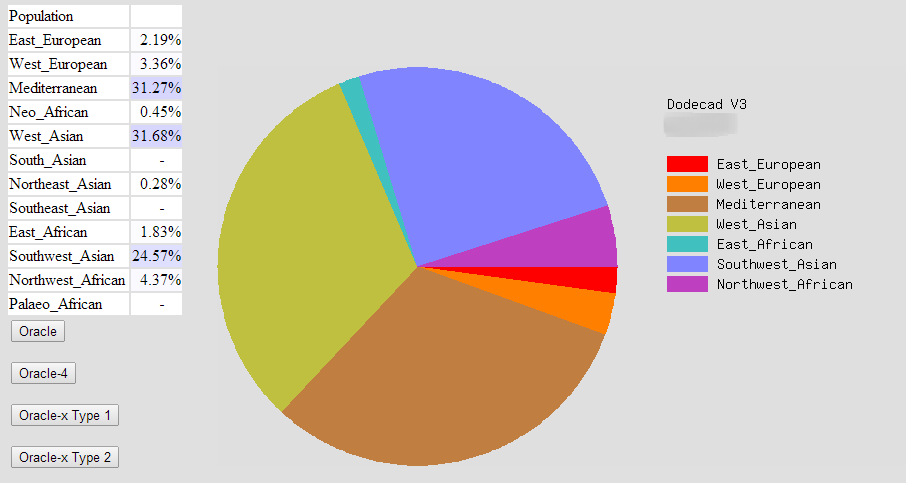 Please note- anything under 1% (in this case Neo African & Northeast Asian) is considered "noise" and not actual ancestry from these areas.

Hello family members & distant cousins!  I decided to start this blog instead of writing a report about my DNA discoveries.  In 2010, my grandfather and great-uncle graciously allowed us to gather saliva samples for Y-dna testing.  This led to others being tested including my father and grandparents at other companies. These past four years I have been researching, connecting with distant cousins, and discussing results with scientists in the field.  Needless to say I have learned a lot and am still learning!  I am slowly adding material to this site, so please keep checking.  Right now, I have the About & Summary pages completed on the tabs above.  If you have any questions, please let me know. Thanks for reading along!
at 10:35 PM No comments: 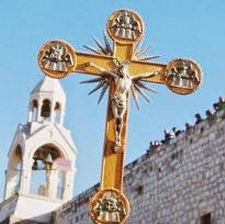